Trump Says Police Are Killing White People Too. So, Why Doesn’t He Support Police Reform?

Since The George Floyd protests began, president Donald Trump in many instances spoke or tweeted or retweeted many things about them.

And you can’t find a single one statement where Trump supports the protests or the demands of the protestors. On the contrary, he even threatened the mayors that he is going to deploy the U.S. military to “take back the cities” if the mayors don’t take them back themselves.

He deployed federal officers to Washington, D.C., Portland, Oregon and Seattle. Oregon governor Kate Brown and Portland mayor Ted Wheeler criticized the action, saying that this only escalated tensions and led to unnecessary violence and confrontation, eventually demanding that agents withdraw from the streets of Portland.

After the protests led to removal of civic symbols or names relating to the Confederate States of America, Trump criticized the monument removals saying that this is a part of a “left wing cultural revolution” to “overthrow the American revolution.”

Trump also responded to the protesters’ calls to defund the police.

“We will never, ever defund our police. OK? That I can tell you. We are not defunding police,” Trump said.

He even started using restoring “LAW AND ORDER” as a promise in his campaign.

And after all of this, Trump said something that came as a big surprise to everybody who followed these events.

Asked why are African Americans still dying at the hands of police in the USA, he said this:

Okay. Let’s try and analyze what Trump wants to tell us here.

First, we have to check if the last part of the statement is true.

There is an analysis from The Washington Post that says that African Americans in fact ARE disproportionately killed by police.

Look at this chart from Statista: 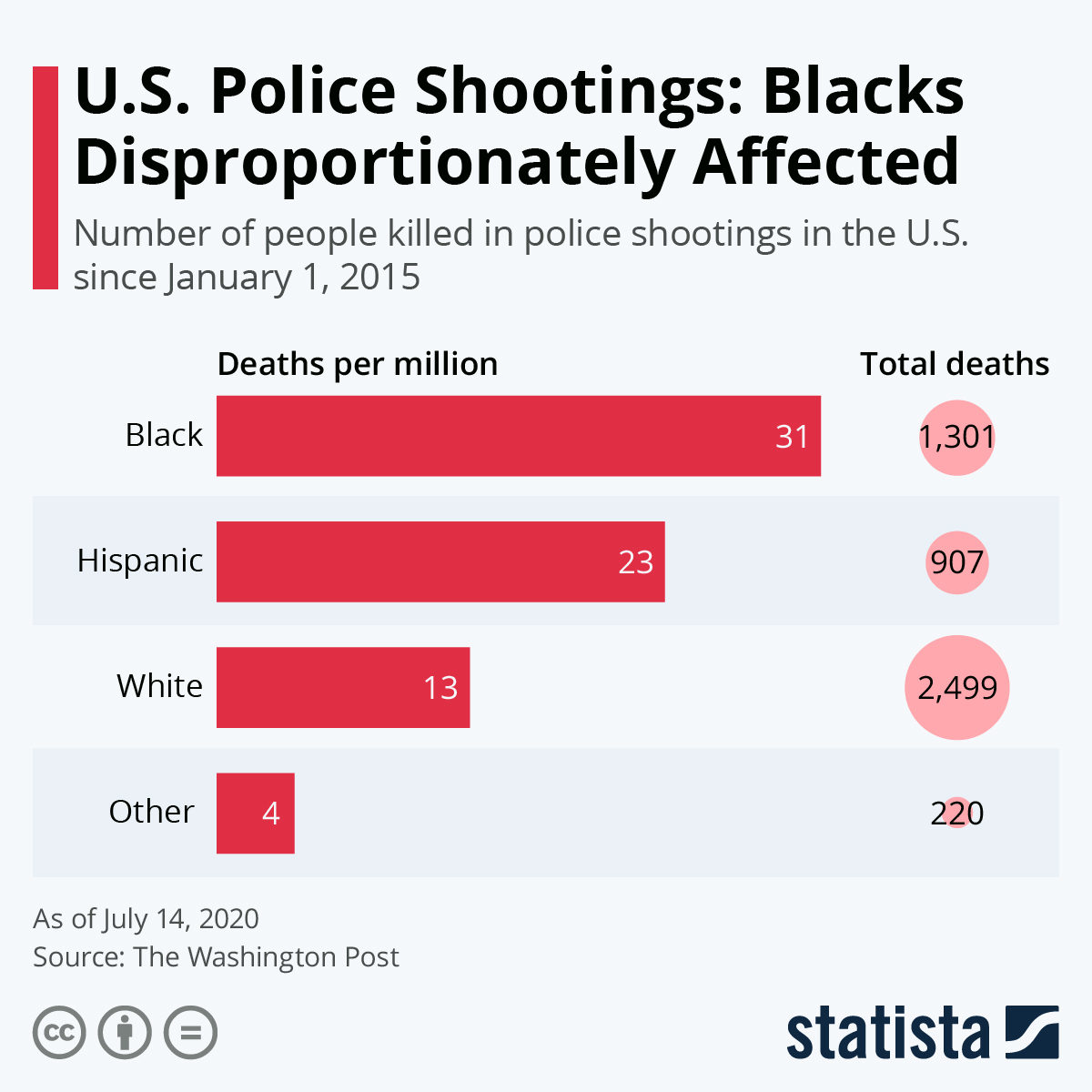 You will find more infographics at Statista

Yes, when we look at absolute numbers, there are more white people killed by police. But we know that statistics don’t work like that. Probably Trump knows that too. When we look at the numbers as a percentage from the whole white population, the numbers are quite different.

There are other studies that show even greater numbers.

And this is only by the number of people killed by police. There are other statistics that show an even greater divide if we look at how police are treating white vs black people in the US.

So, as you can see, Trump’s claim is debunked. In his own words – that is FAKE NEWS.

But even if we say that this is true – even if white people are dying more at the hands of police – even if… how would that be good news for Trump or for anybody?

Actually, this is the first time that we have heard Trump say something bad about the police.

The question is – if Trump thinks that the police are killing white people, why not do something about it? Why isn’t he mad about this? If there is a problem with police killing people in the US, why isn’t Trump supporting the protests? Why then Trump doesn’t support defunding the police!?

Or should we expect a denial from the White House, that he did not say that, that we all misunderstood him?